Eddie Lawson: One of the few who excelled on two and four wheels 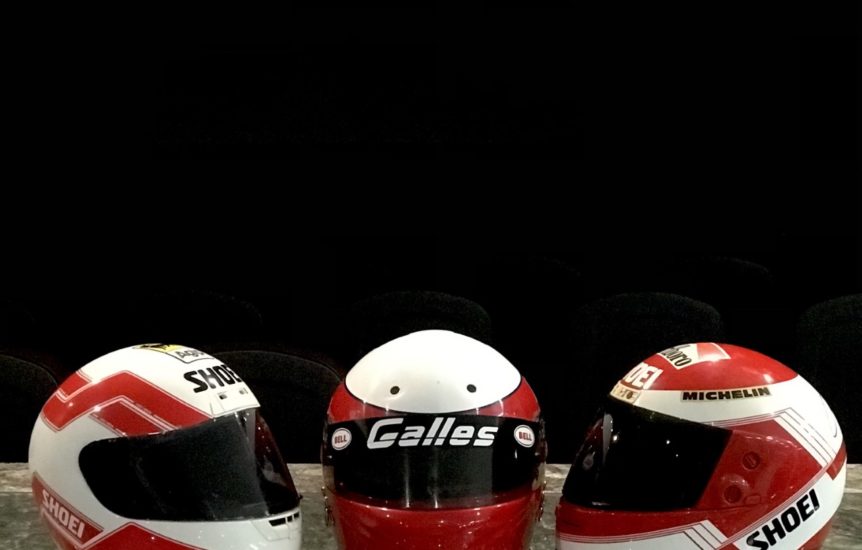 California’s Eddie Lawson was one of the most versatile athletes in motorsports history.

A four-time MotoGP champion, Lawson left the two-wheel side of the sport to try his hand at four wheels, and he excelled there, too, like only a few others have before him or since.

The list of those who have attempted both types of racing at the highest level is indeed short. It’s John Surtees, a champion of both, Mike “the Bike” Hailwood, Joe Leonard, Lawson and Jeff Ward at the top of the list.

Surtees won the Formula One World Championship in 1964 after winning four World Championships in the 500cc class (1956, ’58, ’59 and ’60). He remains the only person to win grand prix titles on both two and four wheels.

Hailwood ranks in the top six all-time in TT wins and was particularly strong at the Isle of Man (six 500cc wins). He drove for Surtees in F1. While he didn’t win an F1 race, he scored a pair of podiums, including a second-place finish at Monza in 1972.

Leonard was a two-time USAC national champion (1971-72) with six race wins. He twice finished third in the Indianapolis 500. Ward won a race in the INDYCAR SERIES in 2002 at the daunting Texas Motor Speedway in his four-wheel career. He won seven national AMA titles on two wheels with 56 career wins and the Supercross title in 1987.

Lawson didn’t win a race in a brief CART career, but he finished sixth in a 1996 race at Michigan International Speedway, one of the fastest joints in racing. He also had a sixth-place finish on the Belle Isle circuit in Detroit and was seventh in race at Surfers Paradise, Australia.

Lawson did, however, win a race in Indy Lights, at Cleveland in 1994 for Tasman Motorsports.

Lawson was most at home on the bike. A two-time AMA Superbike champion, Lawson became Kenny Roberts’ teammate in 1983 and won the season championship the next year. Lawson added two more season titles with Yamaha, in 1986 and 1988, before shocking the sport with his move to Honda as the teammate of archrival Wayne Gardner.

Lawson’s championship in 1989 made him the first rider to win back-to-back season championships with different manufacturers, and he also proved critics wrong that thought his success was strictly linked to being a factory Yamaha rider.

Hall of Fame Collection is proud to offer several signed and race-worn helmets from Lawson’s career. The 1988 Marlboro Agostini Yamaha Shoei was used in the championship season and is signed by Lawson. The Cagiva Corse MotoGP helmets are from the 1991 and 1992 seasons.

A 1984 Marlboro Yamaha 500cc replica helmet signed by Lawson is also available and like the others would make a fine addition to any collection.