Verstappen of the gold standard (and so is his suit)

What’s your favourite Senna era? #TBT to when 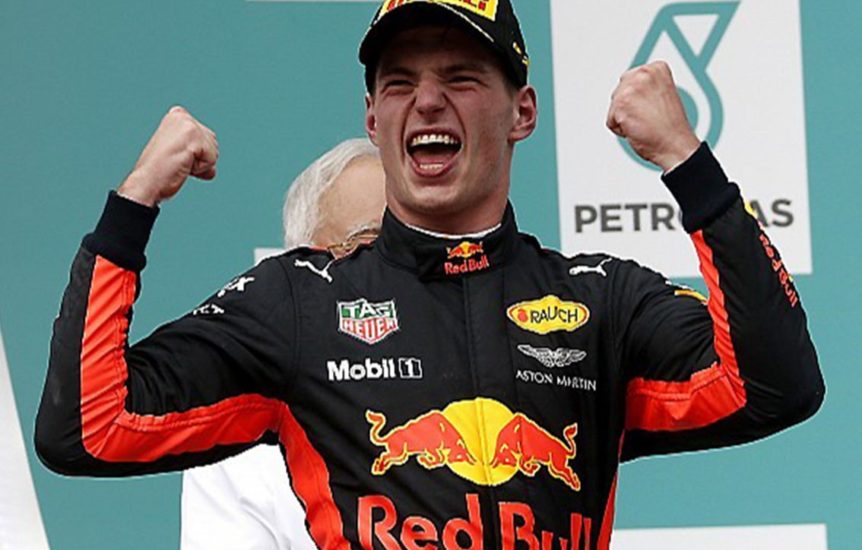 By now everyone knows that Max Verstappen is one of the most impressive still-young drivers in Formula One, with nine race wins to his name.

Verstappen, 23, became the youngest race winner in F1 history in 2016 when he won the Spanish Grand Prix, and he keeps knocking at the door for more wins. He started second at the Intercity Istanbul Park circuit already possessing nine podiums on the season. He finished sixth.

(The photo in this blog is from his 2017 victory in Malaysia.)

This race-worn suit offered by Hall of Fame Collection is one of the coolest of the bunch. The suit was used during the season-opening weekend in Austria, a fact confirmed by Red Bull Racing.

There is so much to like about this great-looking, dark blue Puma Racing Products suit. In addition to the Red Bull logos featured prominently on the suit, including the wide fluorescent orange strips down both sides, it comes with all the sponsor and supplier logos, including Honda, Mobil, Aston Martin and Raunch. Verstappen’s name and the Dutch flag are printed on the waistline. The suit comes in its original Puma Racing Products carry pouch.

New for this year is the FIA logo in gold — rather than silver as in the past.

Verstappen signed the suit across the “Charging Bull” branding logo on the midriff. The suit was provided to Hall of Fame Collection directly from Red Bull Racing and comes with the full Certificate of Authenticity.

Verstappen retains most of his race-used equipment, so this is a rare opportunity to obtain a one-of-a-kind piece. One of his suits from 2019 sold quickly, and we expect this one, too, as well.

The suit also comes with a Certificate of Authenticity from Hall of Fame Collection.