Just some of the amazing original motorsports art 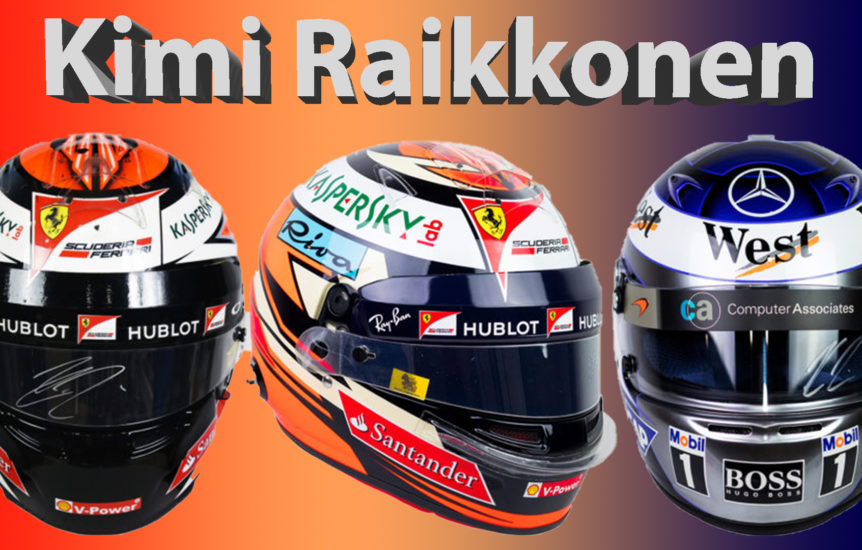 As if becoming a Formula One World Champion isn’t prestigious enough, Kimi Raikkonen won the 2007 title driving for Scuderia Ferrari, one of nine such drivers (and the most recent) to win with the iconic team, making him an instant legend. Collectors know his helmets are highly sought after and are usually snapped up immediately.

Raikkonen has had some of the coolest helmet designs, and these three helmets are consistent with that. The Bell HP7 used by Raikkonen in two events in the 2015 season still has dirt and rubber on it. Raikkonen, who won seven races that season signed the visor.

The Arai shown here is a signed original replica from the 2002 season, No. 07 of the helmets produced. That was Raikkonen’s first season with the West McLaren Mercedes team, and it has the tobacco sponsorship missing from current helmets. It’s a beautiful design. The Bell helmet offered is an authentic replica from Raikkonen’s second-to-last season with Scuderia Ferrari, in 2007, and the inside of the helmet is a beautiful red. It, too, won’t last long, so move quickly to avoid disappointment.

Like all Hall of Fame Collection items, these helmets come with a Certificate of Authenticity.