Behind the Visor – The story of Darren L. Jack’s personal collection

5 years ago at the USGP with our F1 Steering Wheel 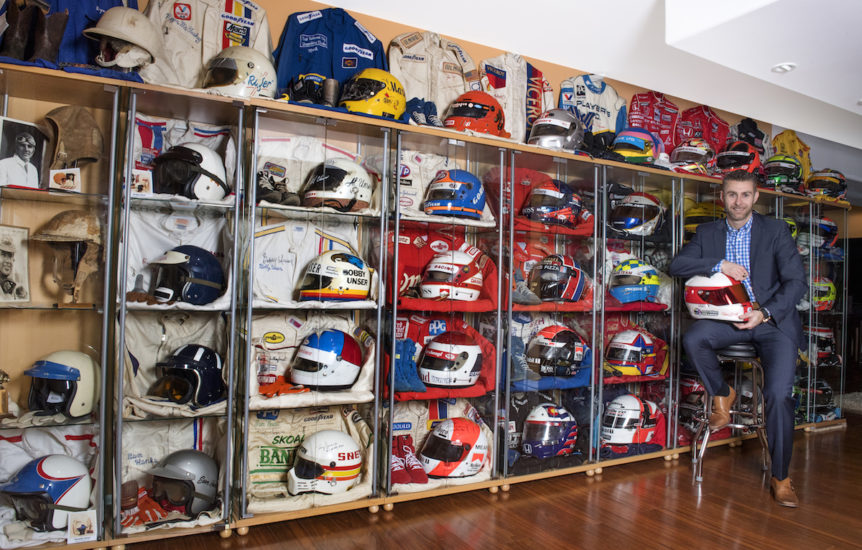 Motorsports and collecting are two passions many people share worldwide. When you combine the two and throw in the personality of someone like Hall of Fame Collection owner Darren L. Jack, you have a recipe for something extraordinary. Since the day he learned to walk Darren has had an abiding passion for both, extensively studying the finer details of all Motorsport history as well as collecting its memorabilia.

Today Darren invites us into his home to show us his personal collection, sharing stories of how he got into collecting and how his collection has evolved into one of the biggest Motorsport Memorabilia companies in the world today. From the early days of sleeping at the gates of Silverstone for the British Grand Prix, to the more recent years of pursuing his passion for collecting Indianapolis 500 memorabilia, it’s clear that Darren loves what he does for a living while still building his own collection as he goes.

From the world’s largest collection of race-worn Indy 500 Champions items, to the personal items of Isle of Man TT legends like Joey Dunlop, to F1 World Champions’ helmets like that of Nigel Mansell, all these items and more have been in Darren’s home for years and today he’s proud to announce the next step for his collection.

The collection will go on public exhibit at the Hall of Fame Collection headquarters inside the Paddock Motor Club in Ontario, Canada. With countless moments experienced and over ten thousand items in his collection it’s never easy to fit it all into a short video but sit back and enjoy this “Behind The Visor” feature with Darren L. Jack.