Lots of cool designs coming out from almost all th

Just some of the amazing original motorsports art 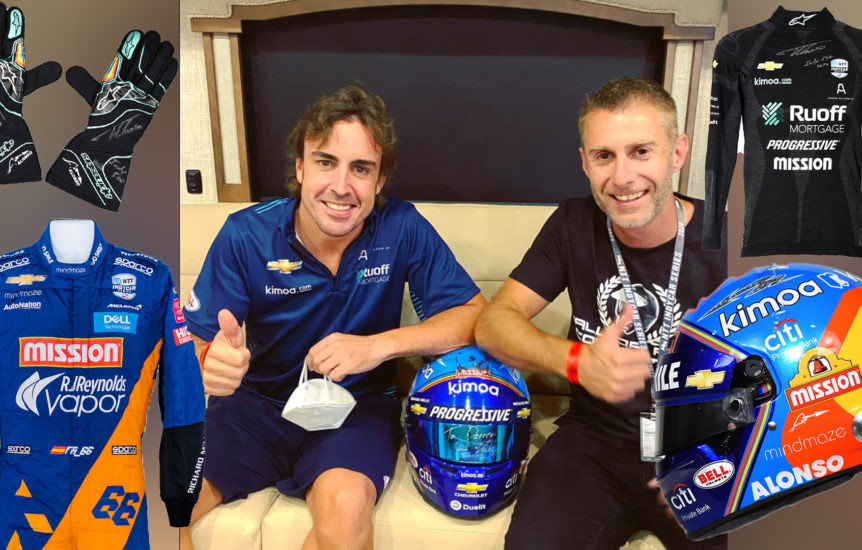 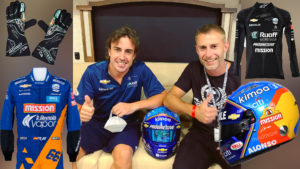 As Fernando Alonso recently made his third attempt to complete the Triple Crown of motorsports — victories in the Indianapolis 500, Monaco Grand Prix and 24 Hours of Le Mans — he realized it might be his last for quite a while now that he has signed with Renault for the next two Formula One seasons.

That’s because conflicting series schedules will keep him from making another oval run at Indianapolis Motor Speedway at least until 2023, and it’s anyone’s guess where he and opportunities will be at that point. As it stands, Graham Hill is the lone member of the Triple Crown club.

All of which made the recent Indianapolis 500 memorable. Alonso had a solid effort with the Arrow McLaren SP organization, but a victory wasn’t to be this time around. The double World Champion competed in the No. 66 Ruoff Mortgage Chevrolet in the race won by Takuma Sato of Rahal Letterman Lanigan Racing. Alonso did record his first 500-mile finish as in his previous start (the 2017 race with Andretti Autosport) he led 27 laps before his engine failed late in the race. The 2019 attempt with McLaren last year resulted in the team failing to earn a starting position.

Regardless of the results, Alonso’s presence at IMS was a huge part of 500 history and a very rare chance to get some of his memorabilia — it should be snapped up fast by any serious collector. Hall of Fame Collection is proud to be the exclusive supplier of Alonso’s race-worn Indy 500 memorabilia. Today is likely your one and only chance to add a helmet, race suit, gloves or Nomex to your collection. All items Hall of Fame Collection items come with a Certificate of Authenticity.

We also have signed Alonso qualifying photos and Indy 500 caps.