Who else would like to see Sebastian Vettel return 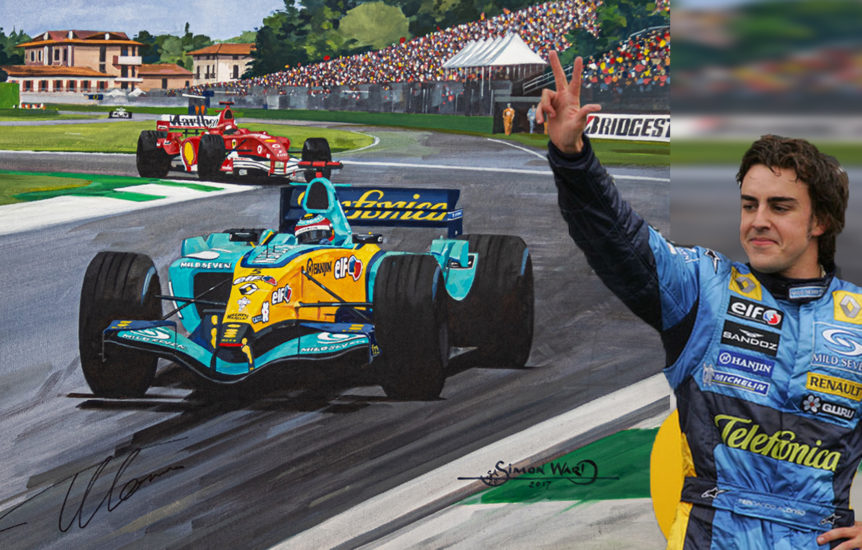 Fernando Alonso had to overcome Michael Schumacher to become a Formula One champion, and this Simon Ward artwork illustrates a pivotal moment in the Spaniard’s career.

Alonso held off Schumacher in this 2005 race at Imola as Schumacher was trying to remain in championship contention after three consecutive Renault victories to open the season. Alonso not only kept Schumi behind him, he went on to capture his third consecutive race victory in a season that produced seven wins and the series title.

Alonso was only 23 years old at the time, and this race was part of the first of his two consecutive F1 championships. Schumacher had won five straight season titles to that point, and his charge from the 12th starting position made that San Marino Grand Prix one to remember.

Ward produced this artwork in 2017, and it is hand-signed by Alonso. Like all Hall of Fame Collection items, it comes with a Certificate of Authenticity.