Rare James Hunt helmet would be a showcase for any collector

Who else would like to see Sebastian Vettel return 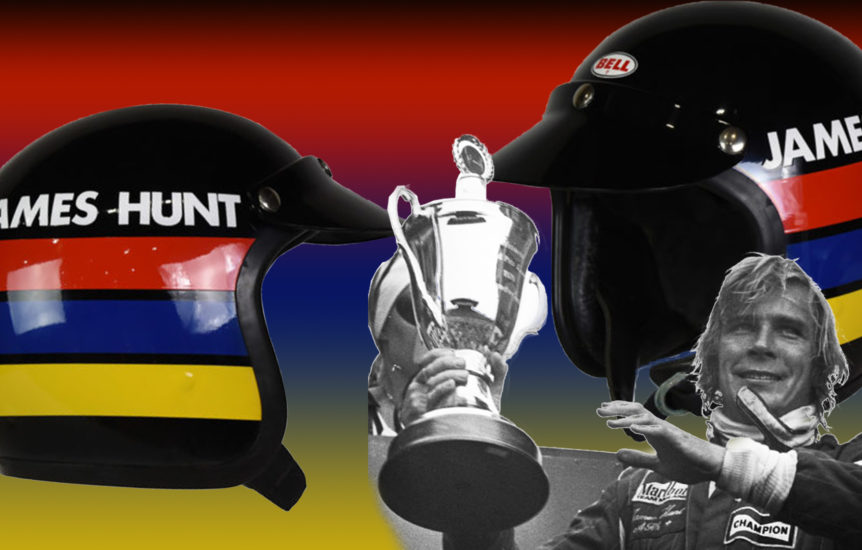 One of the larger-than-life characters in Formula One history was James Hunt, the 1976 World Champion.

Hunt wore this Bell Toptex helmet offered by Hall of Fame Collection in the early part of his career. The helmet has a 1962 Snell sticker and was used through the late 1960s and into the early 1970s when Hunt was competing in Formula 3 races.

Around this time Hunt was invited to compete in some Group 2 Hillman Imp races, including a support race for the 1970 British Grand Prix at Brands Hatch, and Hunt wore this helmet in that race, too.

After these events Hunt gifted the helmet to his good friend Jeremy Nightingale as he was switching to using a full-face helmet. When Hunt’s career took off in F1, Nightingale, who was restoring race cars, repainted what was then a white helmet to Hunt’s iconic design of a black base color with individual red, blue and yellow bands. The bands represent Hunt’s Wellington College School. Hunt’s name is in white lettering.

The helmet was obtained directly from Nightingale’s personal collection and comes with a Certificate of Authenticity. It truly is a rare helmet that would display well in anyone’s collection.