#FBF to May last year when @byrdracing owner David

Now in stock this Johnny Rutherford Signed Race Us 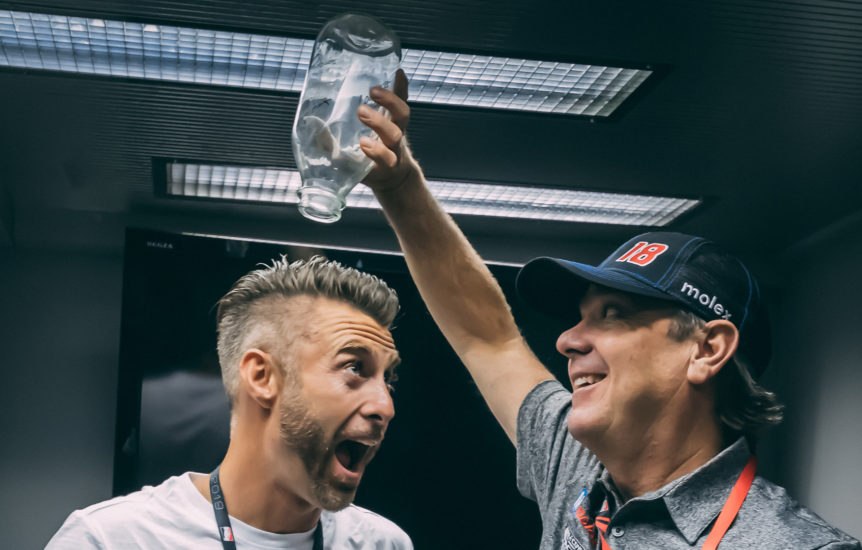 The Hall of Fame Collection team was at the Honda Indy in Toronto this past weekend and we paid a visit to Jimmy Vasser’s motorhome to hand deliver his race worn 1992 rookie season IndyCar Helmet.

This helmet was used during his Atlantic series career and first season competing in the 1992 PPG CART IndyCar Championship.

Vasser made his CART debut while driving for Hayhoe-Cole Racing Team in 1992 and qualified for the Indianapolis 500, setting a record (at the time) for the fastest qualifying run by a first-year driver. Vasser impressed in the three years spent with the team and managed to notch 4 top five finishes including a podium with the underfunded team which saw him get a top flight seat with the Ganassi Team.